Note from 13 year old Ryan Burnay after donating several pairs of soccer shoes to us:

I would like to say that I felt really great that my soccer equipment was going to some boys that were going to use them for a long time and make the most of them, instead of me just taking them for granted and getting a new pair of shoes every soccer season. I also thought it was really cool to know that my boots are going to some great athletes that I hope get noticed for their talents and make it to some competitive teams in the future! I still don’t know of how big an impact I made on their careers just from making that simple gesture. I hope that one day me and my family and one of my closest friends (Tobi Ojo) can come and visit you guys and play some soccer with you. I’m only 13 and I’m still growing rapidly, so in a few more seasons I will have more boots to send to you guys that you can use! My goal is to see a few of you guys playing in the major leagues. So keep practicing and I am positive you will get there! Good luck with your soccer careers and make the most of 2014!!!! Thank you so much for the opportunity!” 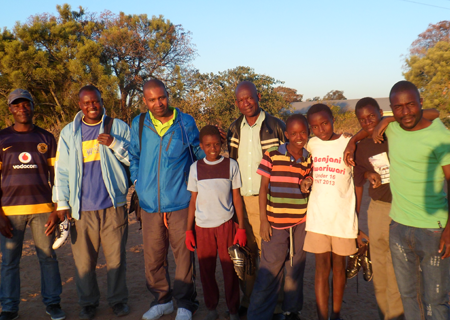 How can you help?
Go to our HOW YOU CAN HELP page to find out more.